HR Leadership with Sharon Frost, HR Director at Gateway Education – “HR has a real role to play in pushing the boundaries”.

As part of our commitment to supporting candidates in developing fulfilling careers, we’ve invited HR Leaders from across the UK to share the secrets of their success.

This week, we had a great conversation with Sharon Frost, HR Director at Gateway Education.  Sharon’s first HR leadership role was at The Entertainment Network, a joint venture of Sony Music and Warner Music, where she was Head of HR for four years after spending her first nine months there as an HR Manager.

How did you get started in your HR career?

‘I completed a Business Administration degree, which could have either led to a financial or an HR route. I quickly realised HR is all about the grey areas and the intricacies.  You could have two very similar disciplinary cases and the outcomes would be completely different, for valid reasons.  I loved that aspect of HR. I think it made me more curious about people and motivations, etc., as well as understanding that things aren’t always quite what they first seem to be.’

‘I joined a 12-month Graduate Trainee program at Sainsbury’s straight from University and completed it in nine months.  I then moved into a Recruitment and Admin role, and eventually became a Regional Training Officer.  So I progressed quickly and had three roles in the four and a half years I was there.  Sainsbury’s definitely taught me that when you want something, to go for it.’

After Sainsbury’s Sharon worked in a more generalist role as HR Manager at The Entertainment Network.  I asked her to describe that first HR leadership role.  ‘It was very generalist. Back in those days, I had a checklist of all of the things I wanted to cover to be a fully-fledged HR practitioner, and I had no experience with unions, so that was a big attraction.  The other reason I was attracted to that role was that it had the brand names of Sony Music and Warner Music behind it, it certainly was a very interesting and exciting business to be part of.  I got to go to all of the awards ceremonies, which introduced me to the concept of having great fun at work too.’

‘The Entertainment Network was a distribution centre, but it had manufactured media products in the past, which meant it had a formal recognition agreement with the T&G union, which I thought was great exposure.’

‘It was more of a start-up than I realised.  I joined on a Monday and the business stopped being Sony Music on the previous Friday, so we had to start from scratch with all of the policies and procedures etc.  I properly cut my teeth in that role and within nine months, I replaced my boss and became Head of HR.  It was a truly exciting time and a great business to be part of.’

‘Then I joined Cognita, which was a true start-up.  I remember turning the computer on and it literally had no documents, literally just the Microsoft icons!’

What skills do you think are important for someone taking that step up into an HRD position?

‘I think relationship management is key.  Being able to talk to the cleaner, but still be able to be the CEO’s confidant is vital as an HRD.  If you want to lead a truly approachable, two-way, flexible function, you need to be able to have your ear to the ground and be that trusted advisor of the CEO at the same time, and know when and how to do that.  You can’t be overly consumed by strategy or the minutiae at any one time.  Both need to be able to relate to each other, and the HR function is a conduit of that.  Therefore, the HRD has to lead by example.’

‘Being able to push a business to be outwardly focused is important as well, because it’s really easy for people to become very insular.  I think that slows down the pace of change of the organisation.  When I look at Cognita now, it’s doing that brilliantly.’

‘Ultimately, these things make a business more attractive, especially to millennials for example.  So when you’re thinking about your recruitment pipeline, the organisation needs to be topical and it needs to have something meaningful to say, as well as add value to its employees.  So HR being a champion of that is really important.’

‘You also have to be trailblazing new things and making the odd mistake along the way.  I think HR has a real role to play in pushing the boundaries.  It has a massive role in helping a business keep current, think differently, believing that anything is possible, and that it’s good and okay to think that way.’

‘Finally, anyone that wants to progress in HR needs to have got the basics in place and get those things right first, so they can use that as a springboard.  So I would always say to cut your teeth on the compliance part first, and then get into the exciting and interesting things to ensure your professional credibility.’

Are there any key themes and challenges in HR that you or your peers are seeing at the moment?

‘Clearly there’s a growing focus on diversity and inclusion nowadays especially with the #metoo campaign, I see more and more organisations starting to say “We need someone to drive this, because if we have issues, we need a trusted person to be skilled and resourceful enough to positively deal with it.”

‘It’s very interesting to me, because if I took on a role and looked at diversity and inclusion, I would want to knock it out of the park and not just look at what the government says we should be focusing on, or respond to the ‘issue of the moment’, I would want to find out where are the unconscious biases across the whole piece and look at it from a much more holistic perspective.’

‘When I was working at Cognita, out of the seven Executive business leaders, two of us were women.  So we were already living and breathing diversity. More than 50% of the head teachers were also female, and I made sure that there were no pay issues before GPG was ever muted.  I realised that being in that environment and driving some of those initiatives before they became a legal requirement, meant that diversity wasn’t really a front runner in my list of things that I needed to address.  But obviously, other organisations are still way behind the curve on that one, and they’re more worried about it now as people aren’t afraid to publicly raise their concerns.’

If you would like to have a confidential conversation about your career or would like to understand how Human can support you in growing your team, please get in touch today. 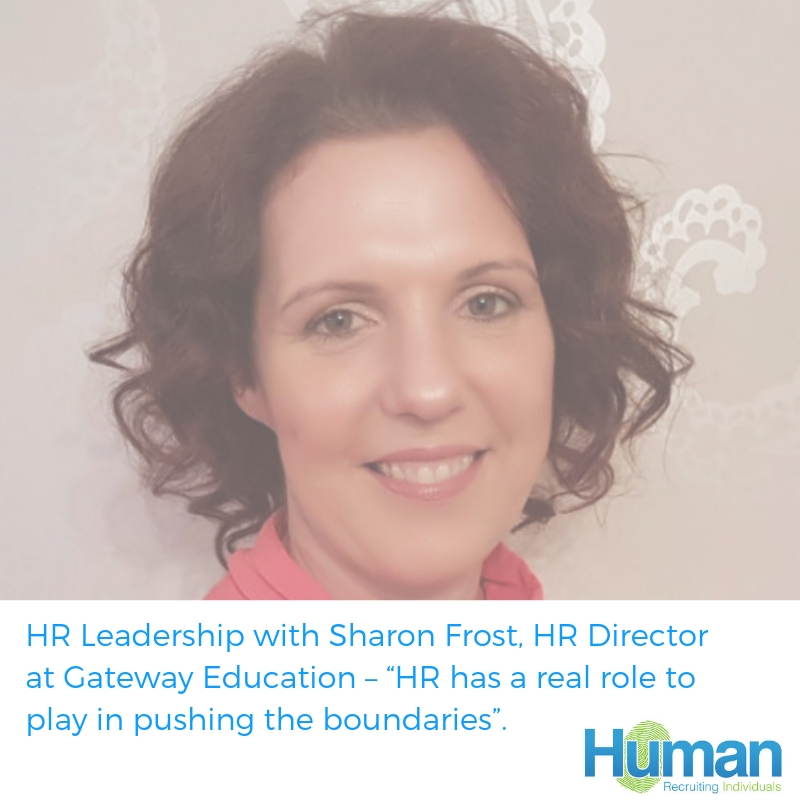